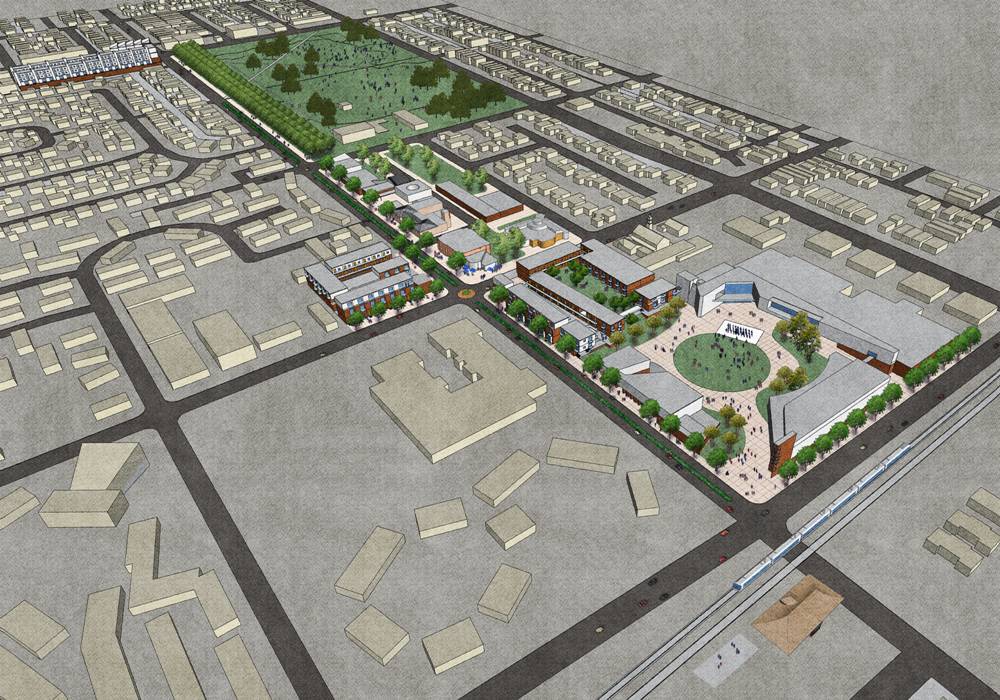 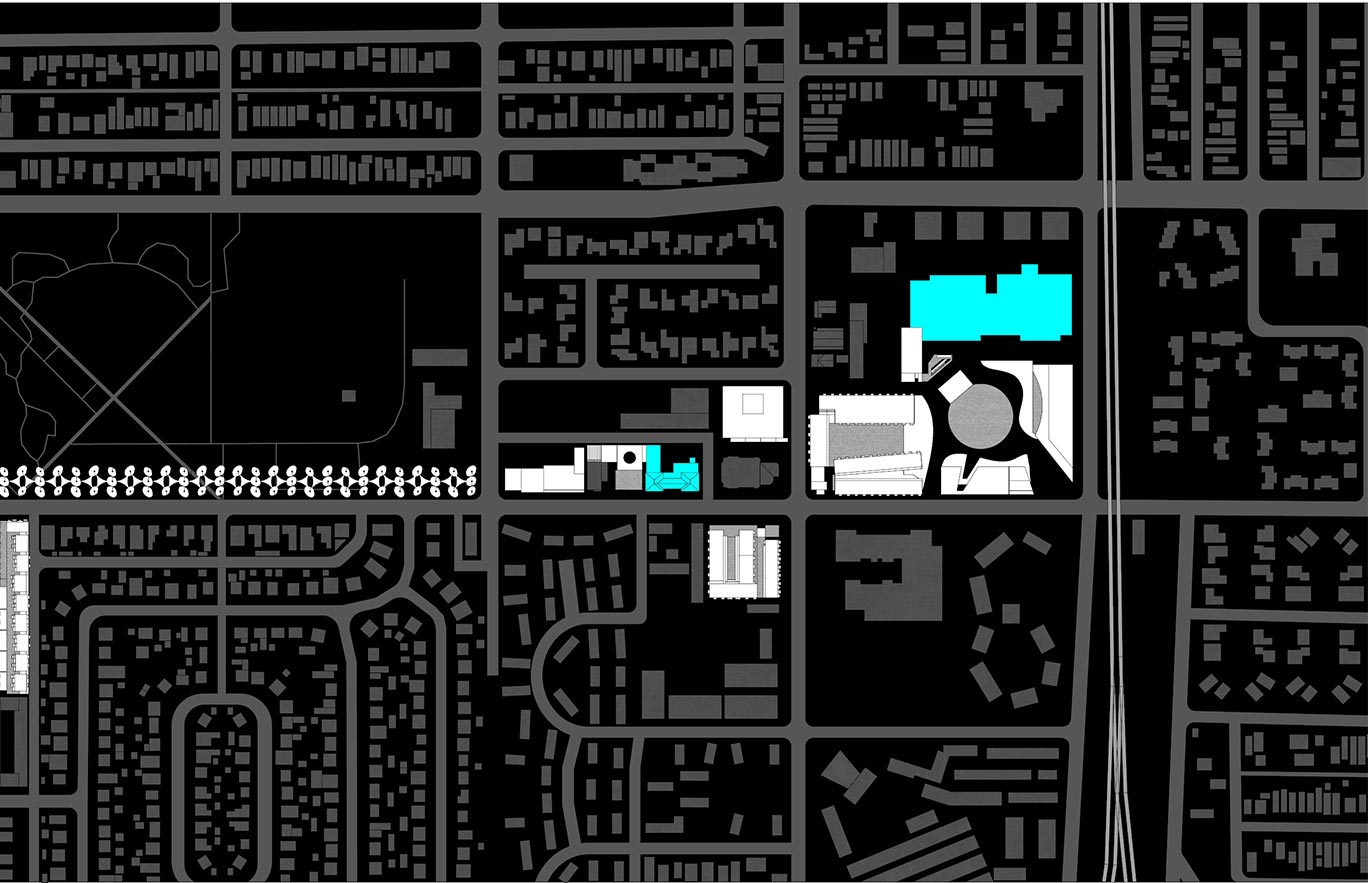 A MAIN STREET FOR WATTS

Despite being circled by economic activity and opportunity - Culver City, Downtown Los Angeles, the San Pedro Harbor and South Bay’s Aerospace industry – the neighborhood of Watts has never prospered. It is better known for its high poverty and crime rates than as home to the resilient structures that symbolize L.A.’s creative freedom, Simon Rodia’s Watts Towers. 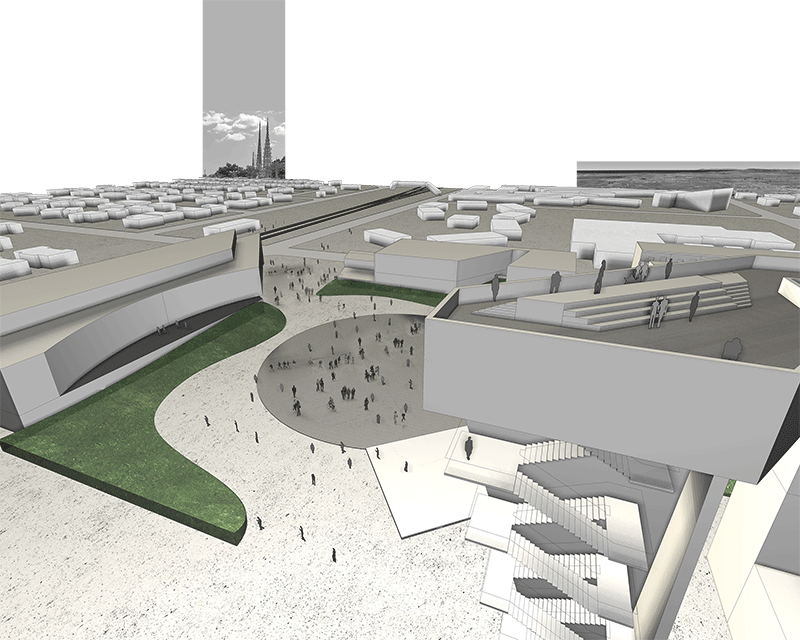 In memory of the fiftieth anniversary of the Watts Riots, this project is an unsolicited proposal to the City of Los Angeles to develop a pedestrian friendly, transit-oriented Main Street anchored by the Metro’s Blue Line Station in the center of town. Running along 103rd Street from Grandee to Central Avenue, the project strategically aligns available private, city, county, and former Community Redevelopment Agency properties into a vibrant collection of housing, services, and amenities.

An obsolete shopping center is converted into an active City Square. Mixed-use projects – market rate and affordable housing over retail and parking – are positioned along 103rd to encourage pedestrian activity. An abandoned fire station is transformed into a new library. An alley of trees creates a new edge to an existing park and a new home for the local Farmer’s Market. Better food options, wellness, education, and social spaces allow this underserved community to thrive, while the new City Square’s observation tower does not simply reflect the Watts Towers, but truly provides a way for the people of Watts, from time to time, to look outside their neighborhood and view what lies beyond. 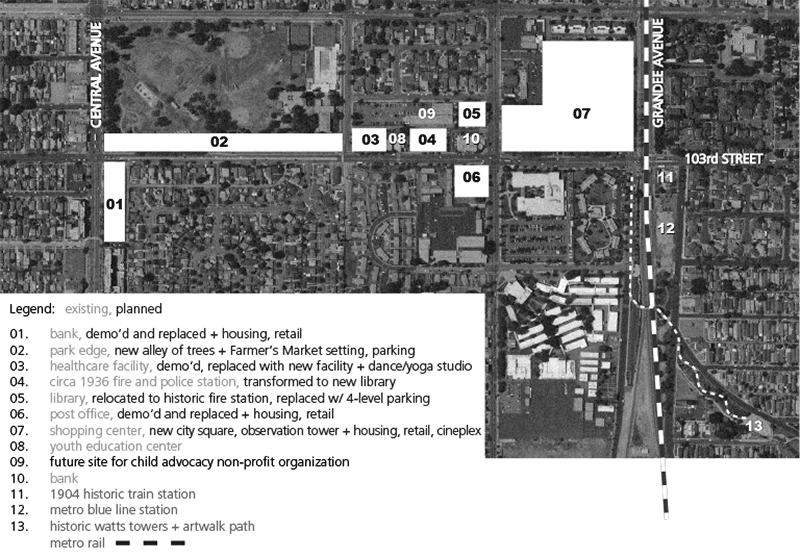 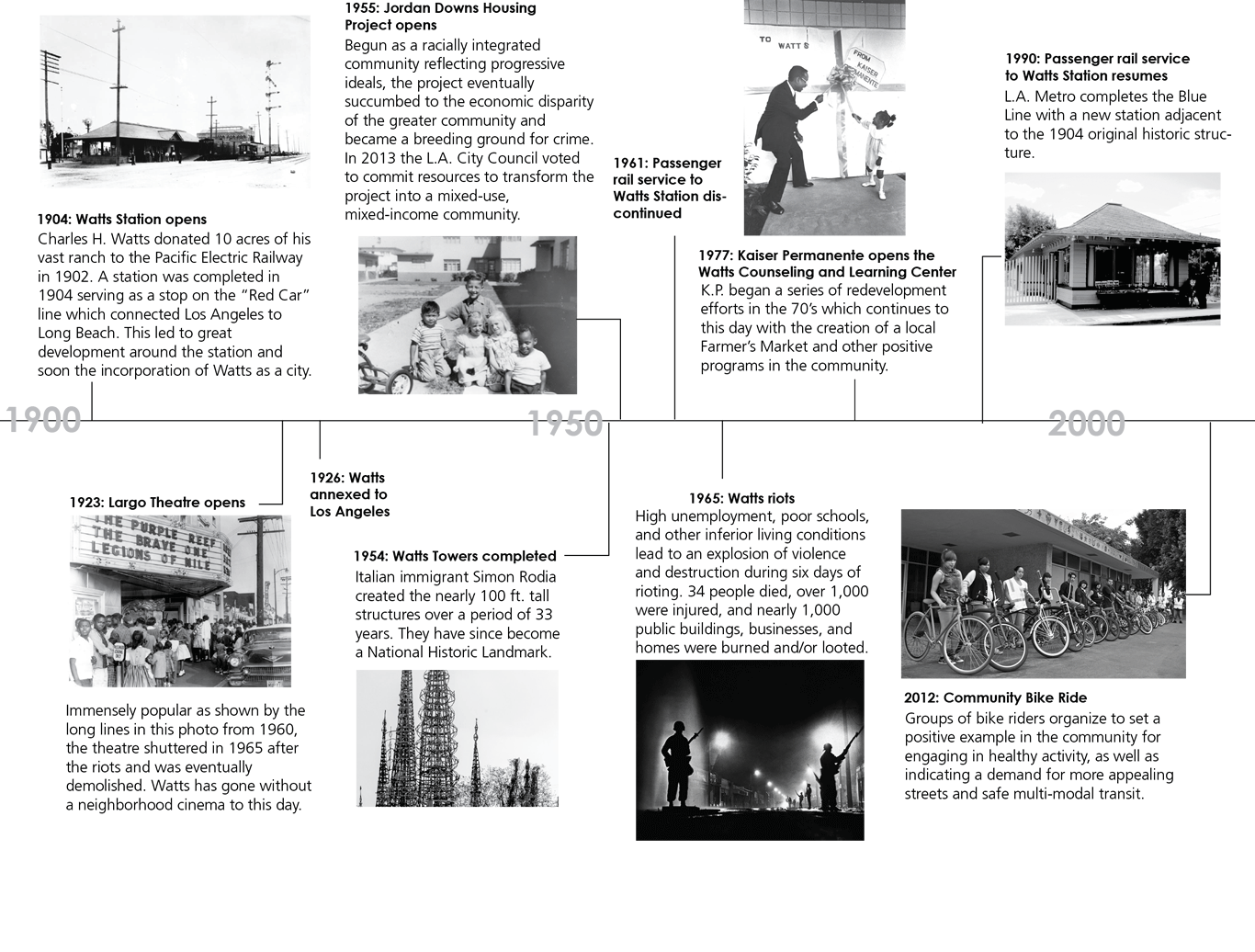 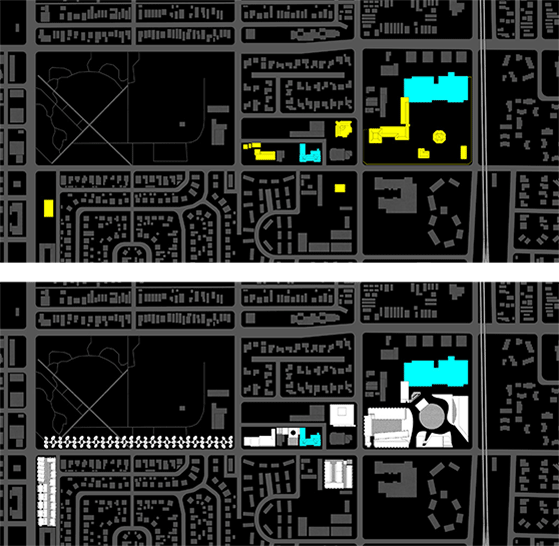 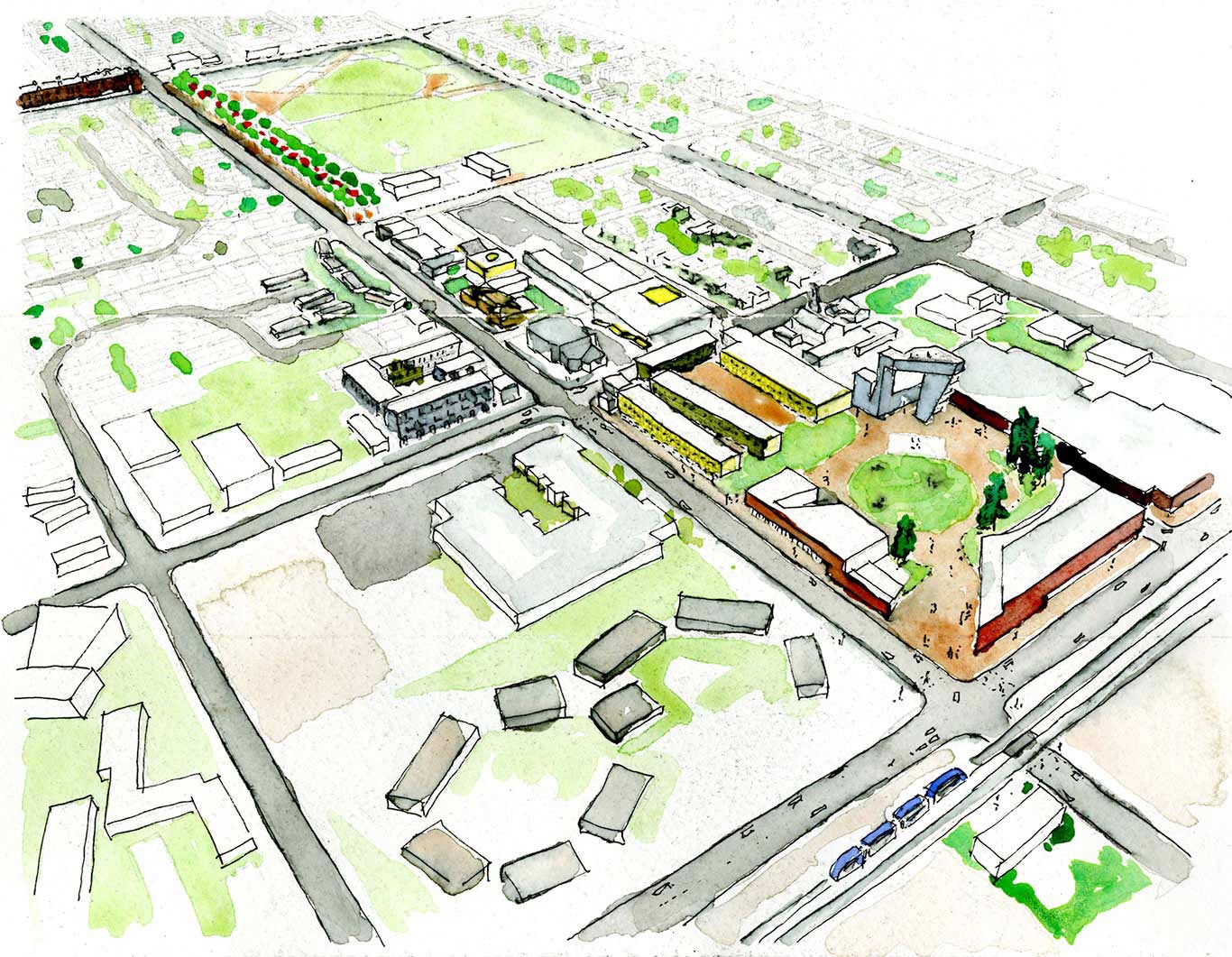 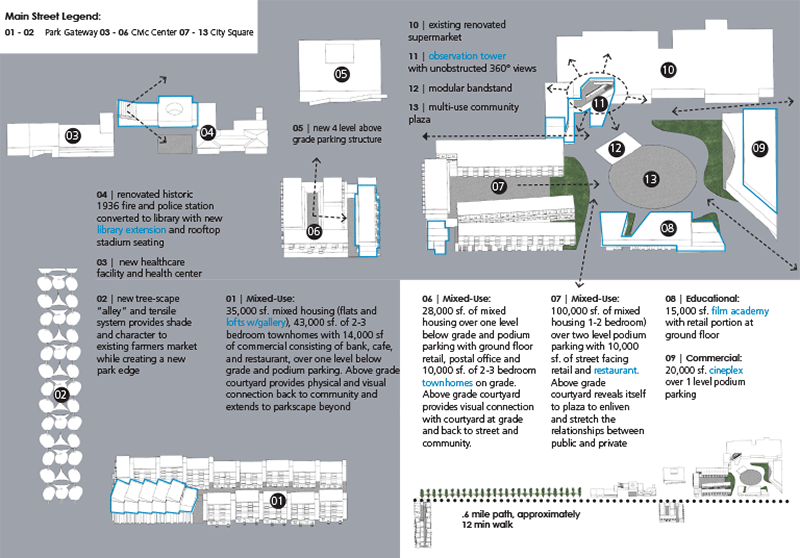 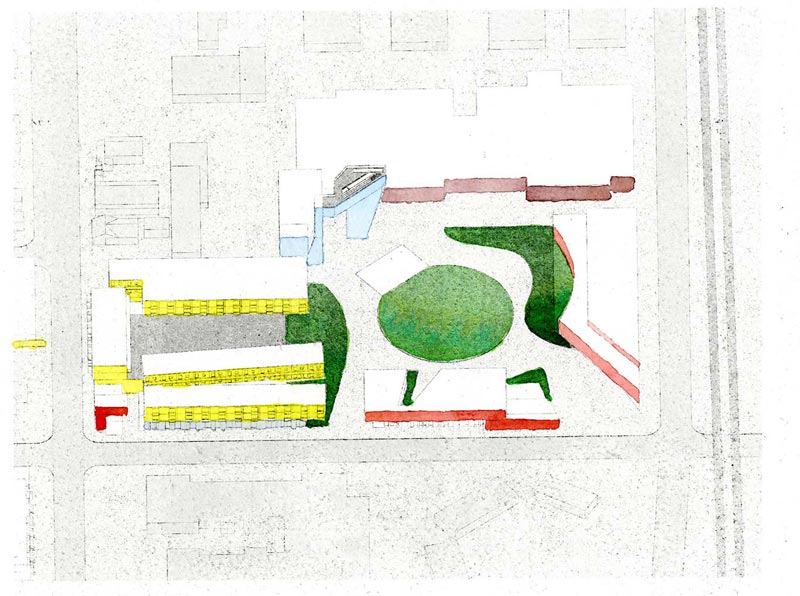 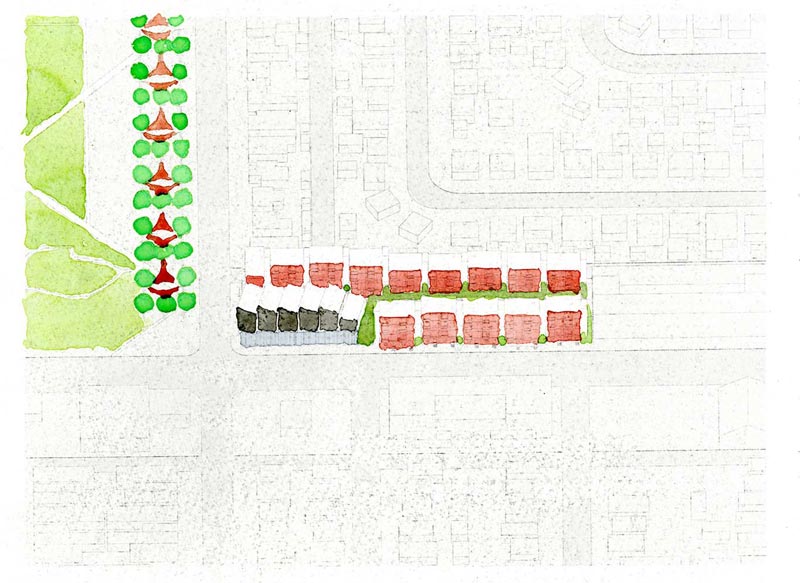 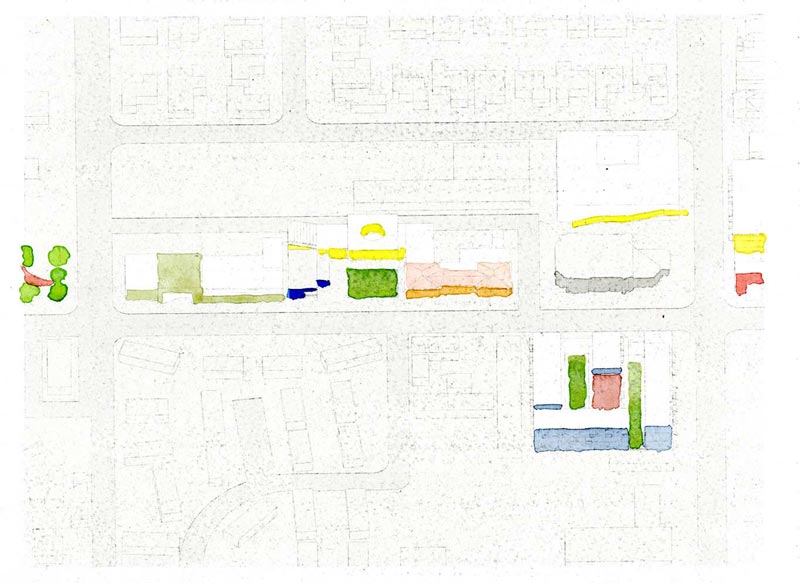 View of 103rd Street from the Metro station 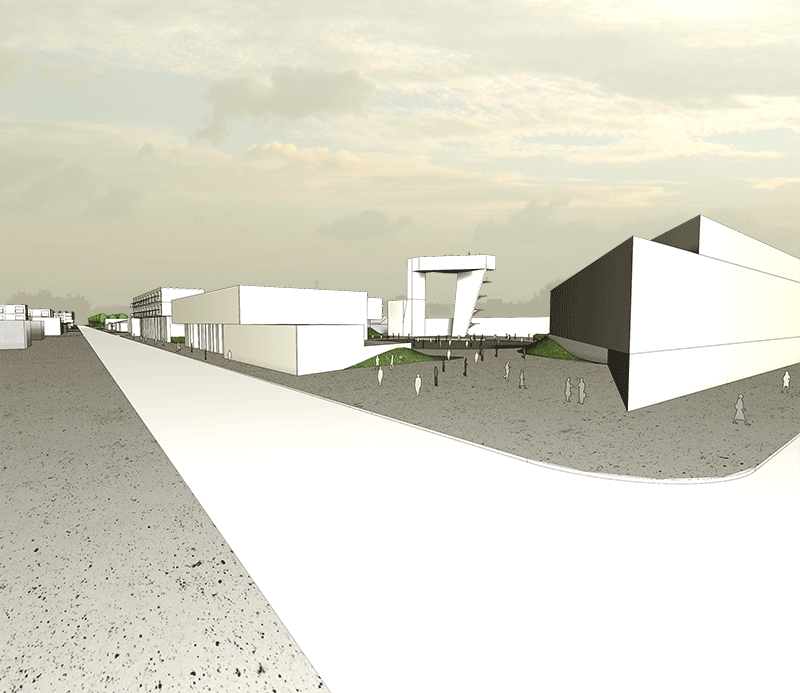